Across Australia thousands of athletes share the ultimate dream, to represent their country at two of the greatest sporting events on the planet.

RACE TO LONDON follows six contenders in the year leading up to the London 2012 Olympics and Paralympics where dreams will be made or shattered.

Across Australia thousands of athletes share the ultimate dream, to represent their country at two of the greatest sporting events on the planet.

RACE TO LONDON follows six contenders in the year leading up to the London 2012 Olympics and Paralympics where dreams will be made or shattered.

Whether they are former gold medallists or a first time hopeful, no one is guaranteed a place, all have to achieve their best ever performance to make team Australia.

LIBBY TRICKETT (27), the former darling of Australian swimming and triple Olympic gold medallist, retired from the sport with enough trophies to satisfy the most ferocious competitor. But her desire to compete at one more Olympics was too strong. We follow Libby, supported by husband Luke Trickett and coach Stephen Widmer, through gruelling training, giving up chocolate and struggling with race weight. Meanwhile Libby and Luke are building a dream home for life and family after London. Everybody loves Libby but can she still compete at the highest level?

First time Paralympic swimming hopeful AHMED KELLY (19) is an amazing young man. Born in Bagdad, Ahmed was born with limb deficiencies as a result of chemical warfare. Found in an orphanage by aid worker and Children’s First Foundation creator Moira Kelly, Moira brought Ahmed and his brother, Emmanuel, back to Australia to start a new life. Ahmed threw himself into school and sports, but when he found swimming he set his sights on the biggest quests of his young life – could an unproven competitor make the Paralympic team? We follow Ahmed, his family and coach, Brad Harris, through a nail biting roller coaster of highs and lows to the 2012 selection trails where it all comes down to one race.

DREW GINN (37), one of Australia’s most celebrated rowers and former member of the incredible “Oarsome Foursome”, by all rights should not be in a rowing boat let alone aiming for his 4th Olympics’. Drew won his third Olympic Gold medal in Beijing, but unknown to all but his coach, Chris O’Brien, and his family, he did it with a smashed spinal disc. Drew was hardly able to walk and in excruciating pain when he rowed  – but he did, and the rest is history. After major back surgery everybody expected him to hang up his oar. But with the sheer persistence of a champion be built up his health and fitness and the wise professor of the sport saw a way back to the top. But now there are younger and stronger men competing for his seat – will youth or experience prevail?

MICHAEL KLIM (35), retired golden boy of the pool, member of the victorious Sydney Olympic relay team, has it all. A beautiful young family with wife Lindy, a successful business they built from the ground and the trappings of a glamorous life. Why put all this at risk to make a comeback? But anybody who knows ‘Klimy” knows he loves to give it a “crack”. No longer a single minded athlete we follow Michael as he juggles home life, the arrival of a new baby, a demanding business and the rigors of training. Unlike other high profile comebacks, Michael stays under the radar to get back up to speed. Does it get too much for him, his family and business? Is he kidding himself?

Will the steely determination of Para-equestrian, GRACE BOWMAN (21), be enough to drive her towards London? Grace has endured much in her young life – a riding accident that left her a paraplegic at age 12, the death of both parents before the age of twenty one. Now alone, she has the responsibility of mounting her campaign for selection. We follow her as she comes to grips with her new responsibilities, travelling from event-to-event across the Australia to win points for selection while keeping her new horse, Rolly, healthy and calm. The memory of loved ones ride with her. While our hearts go out to her – this will not be enough to get her across the line – only she can do that.

RILEY BATT (22), the fastest man on wheels, brutal on court, has unfinished business. Known widely as the most dominant wheelchair rugby player in the world, he breathes fear into his opponents as he crash bangs his way to record breaking goal hauls. Off the court he’s a fun loving easygoing country boy who just loves extreme sports. Born with limb deficiencies, Ryley has never seen himself as different, in fact he doesn’t want to be any other way. But he does have unfinished business – no one remembers who came second. The Australian wheelchair Paralympics team has never beaten their nemesis – the American’s and claimed gold. But first they need to qualify knowing that Ryley has a target on his back. It would be a cruel fate to come all this way and not get to go, so…..

THE RACE TO LONDON IS ON! 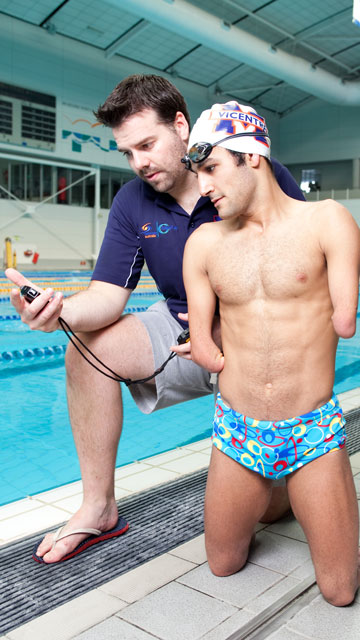 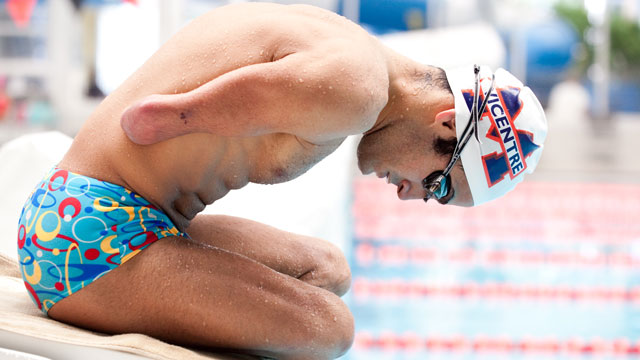 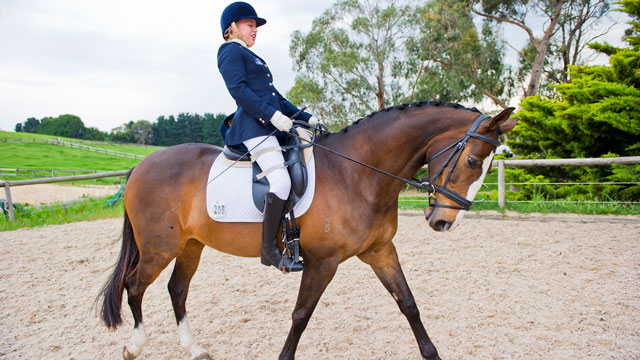 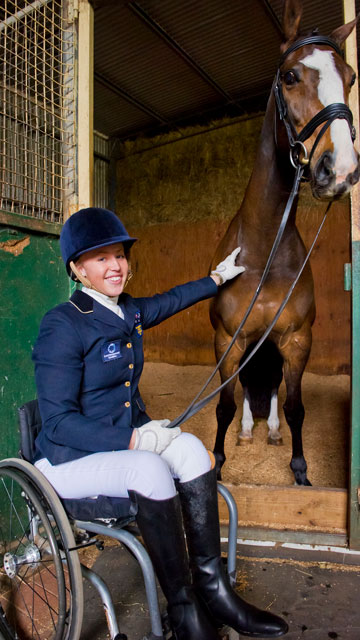 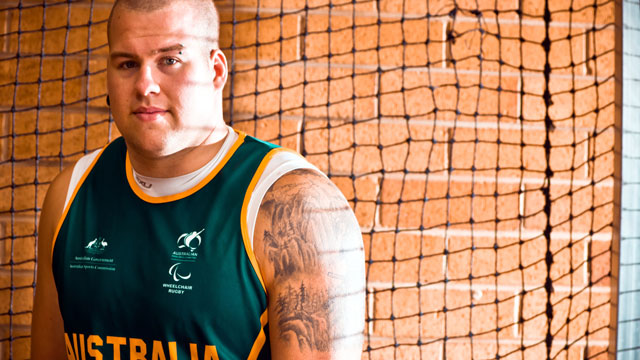 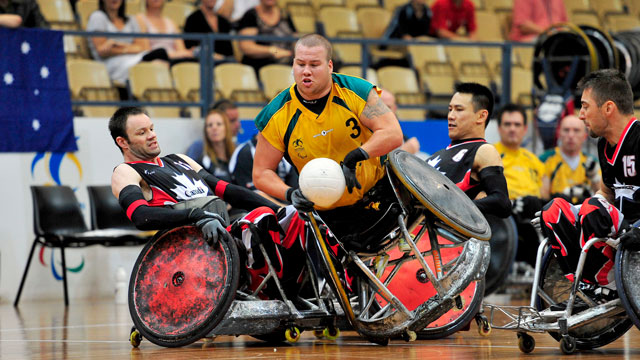 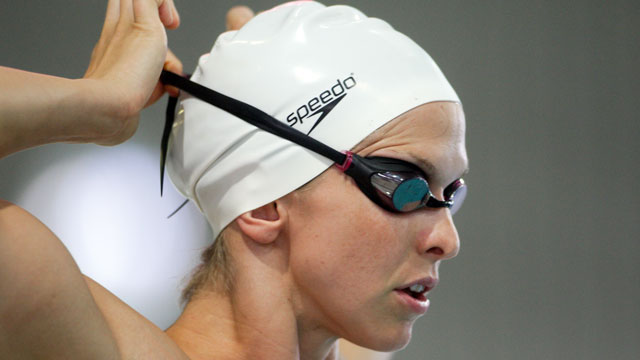 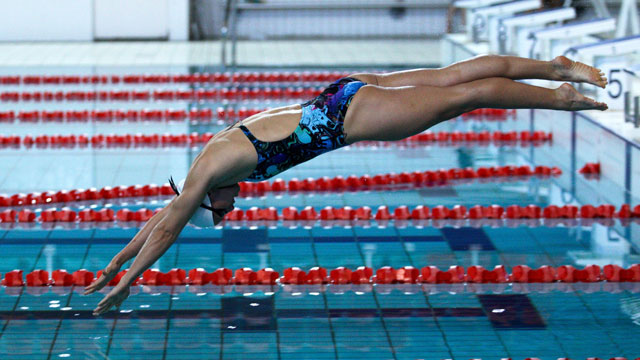 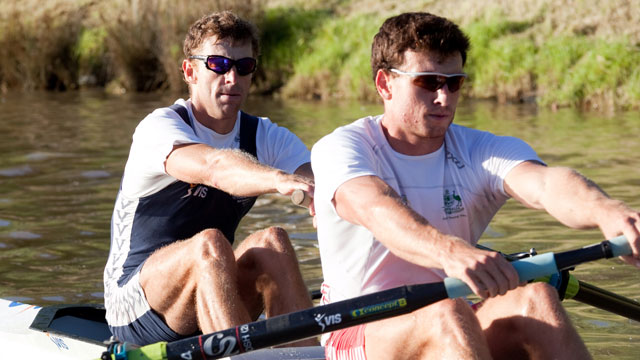 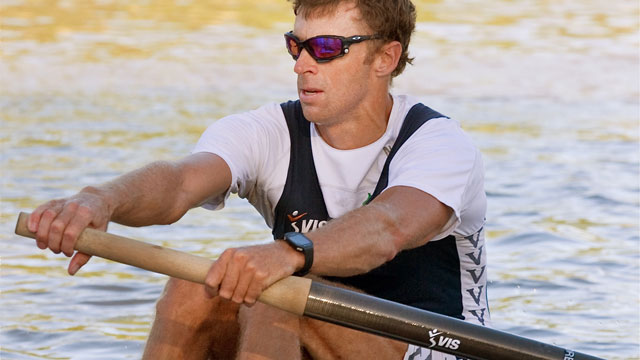